As it was by Laura Brown

Our most recent brief has required us to team up with a writer from MMU's creative writing course and illustrate one of their short stories. We were each assigned a writer in teams of two - I was given 'As it was' by Laura Brown. The story focuses on the lives of one family touched by the 7/7 bombings in London.

At first I was really torn how to illustrate the story as it is both sad and respective, my usual style was far to colourful and happy -my characters to animated for something as precious as this. During my brief talk with the writer she pinpointed the most important scene within the text for her which ended up being the same in my opinion - the ending, a memory where the victim and his twin were eating ice lollies and laughing at the jokes printed on the sticks.

To get around my problem of style I decided to focus on key elements and objects rather than the characters themselves - I made a list of the inanimate objects mentioned through out the story and began to sketch them out. I did some research into the bombings and looked into how other artists portrayed memory and loss as the majority of the writing takes place in previous events as recalled by the characters.

There was a lot of focus upon photographs and the ideal of things floating away to represent memories. I also came across some examples of watercolour paintings - I've always admired watercolour and wanted to get better at it so I decided to give it a shot with this project. 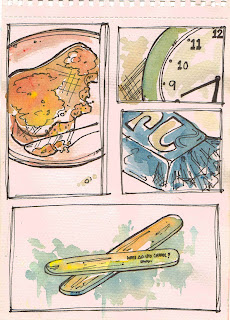 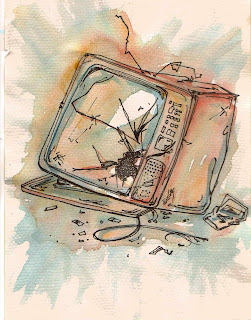 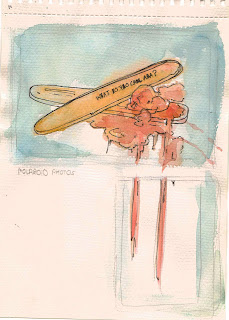 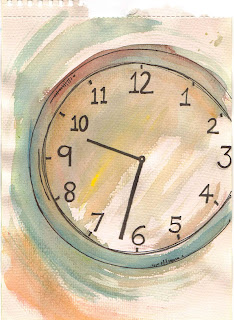 My lack of ideal equipment really shows in these examples as the colours are weak and the blending is non existent - my paper and paints are clearly poor quality. Which has made me consider introducing some brusho paint into the images to give them a stronger boost. 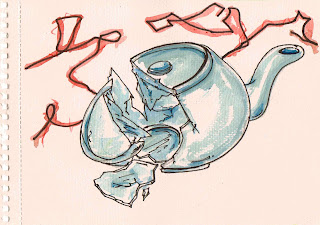 I wanted to keep the images abstract to avoid giving to much away and to not outright illustrate what was already previously written in the text. My first examples do just this - drawing items/scenes the text directly refers to. I decided to focus more so on the icelollies and what I could do with them to inject more meaning but less outright understanding.

I also did some practises by scanning and overlaying some textures into some of the other pieces. 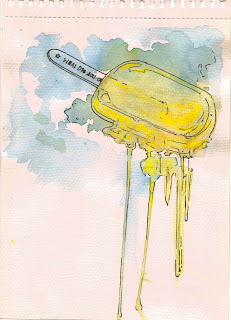 The idea of melting ice lollies has really transfixed me as it symbolises the blood,memories and life of a person draining away - the loss of colour and body. 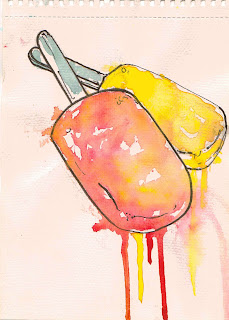 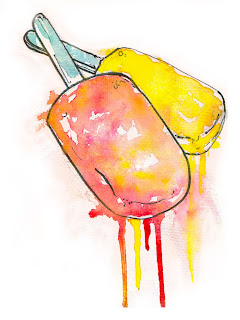 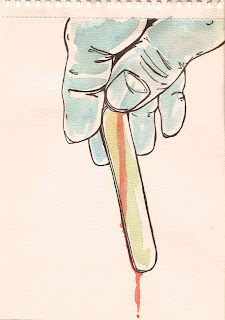 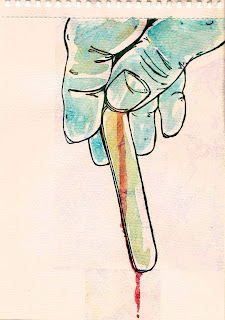 I think the above image is my strongest as it symbolises the ending scene with the lollies but also can be viewed as the blood of the victim and the lone hand left behind attempting to hold onto the memory before it slips away.

I'm still unsure which to use as my main full page image - I'm drawn towards using the above image but it feels strange for me as it is so simplistic which is unlike my usual work. This then leaves me at a loss of what to accompany it with for the smaller vignette other than a pool of melted lolly juice/blood - connecting the two - but this might appear too grim or give to much away.