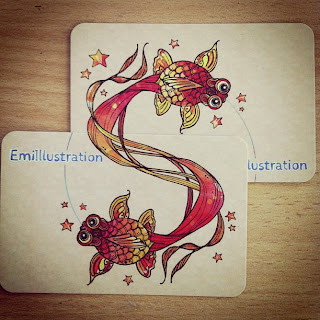 A mini update!
I'm not sure I posted or showed an example of this when I initially shared my business card designs - but there are two different images that when placed together create the full image =]
I've been advised to rework the text and colour so I'll be looking at modifying it very soon.

I've also been working on my final project - which is based around villains. I'll be attending a Gotham villains drawing session tomorrow so I'm hoping to take lots of inspiration from it.
The point of the project is to show the other side of the characters we love to hate, to show them in a more positive life - or behind the scenes.

I felt like drawing a pretty boarder piece today that I may or may not use at some point.. 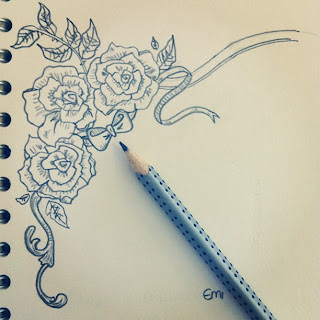 I've also just finished a crazy costume which I'll post up progress and information on soon! It was a lot of new things for me and has definitely fed my knowledge for several areas previously unexplored.

As a form of break from our final projects Lord Whitney came into the studio with a mini brief that involved taking one of the nonsense rhymes originally written by Edward Lear and illustrating it. We were given full freedom in terms of media, size and level of completion.

I chose the rhyme
'An old person of Skye'

I sketched the initial elements of the image and scanned them in as bases. 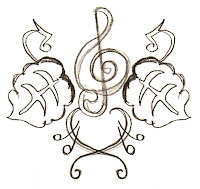 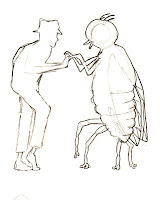 I then outlined them in a vectored style way on photoshop. Starting with the boarder image - it combined both plantlife and music notes to symbolise the 'sweet tune' mentioned in the text. 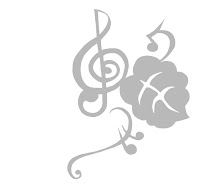 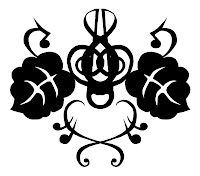 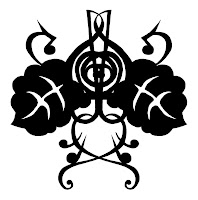 I then repeated the image to create a cameo style boarder and placed the new vectored image inside it - then added the moon. 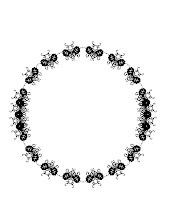 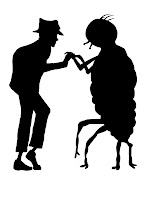 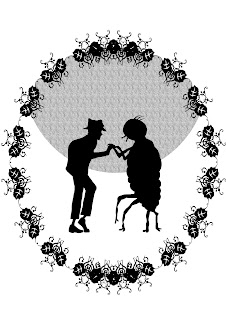 I then began to play with the colours and effects. I ended up adding the hill and some stars as well. The rhyme was added underneath to complete the image. 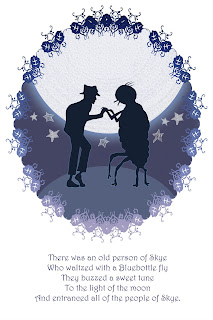 I treated the brief like a real brief and completed it in a day so it's definitely rushed therefore it has sections that could be reworked and such. If I used more time I'd have liked to incorporated more imagery to suggest the flow of music into the actual image as opposed to just featuring in the boarder. Overall though I'm pleased with the final image.
It was a good try out for my boarder technique as this is a style I'd like to use in my final project work.