We're coming to the end of a live brief with a music design company in Manchester - ironically named 'Music'. We're working to create an instillation that will cover their 'fishtank' two rooms made of glass within their office. The design must be based around a piece of music - but without obvious puns, music scores etc.
It must also make creative use of the two way glass and it's surroundings.

I have decided to base my design on Mayday Parade's Black Cat.


I have taken inspiration from the lyrics to produce the below design.
It makes use of the references to tape reels, directing, the city, the black cat, bleeding, stars and flames.

I attempted to create an example panel using illustrator but found it frustrating and inconvenient to use. It took to long and was overly complicated especially when trying to create the dribbles of paint. 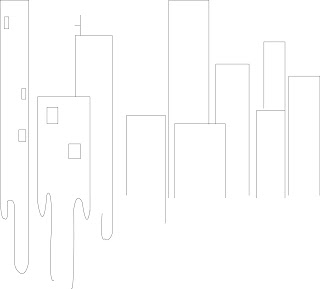 I returned to photoshop and found the design much simpler to work with. While I was aiming for a more vectored appearance in this work - it's not really my personal style. The below product has the pretence of a vector but is still hand drawn and thus has flaws. I do prefer this though. 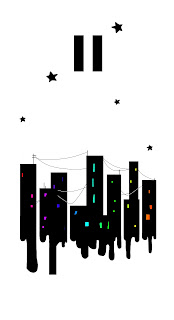 To make full use of the glass the below image is the inside of the room - where the buildings have been set alight. There are other examples of this throughout the design - including a change of expression on the cat. 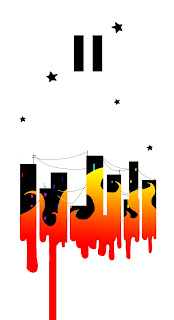